Sonakshi Sinha’s Brother’s Wedding : Another famous Bollywood family- ‘The Sinhas’ got their son married to NRI Taruna Aggarwal. The head of the family who is a famous actor of bollywood and had entered the politics also.

Sonakshi who was looking gorgeous has posted some of her photos with famous people and guests invited to the ceremony. Not much of the audiences and fans knew that Sonakshi’s brother is getting married.

It has appeared as a shock but the photos are quite good to make the fans happy for the news hidden. 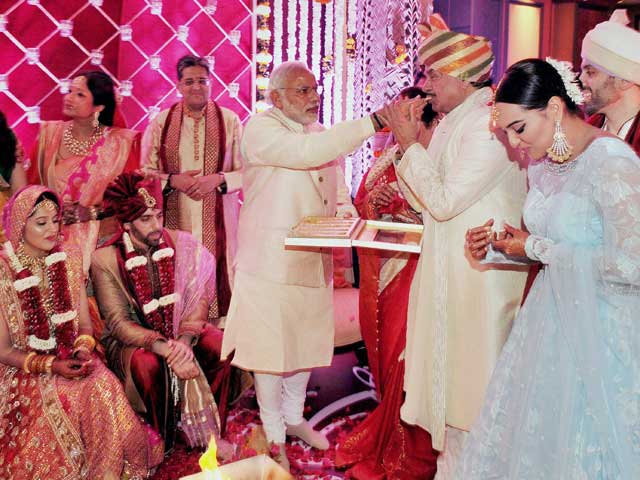 Sonakshi, looked gorgeous in a mauve lehenga-choli, pearls and a kundan mang-tika.

Sonakshi is looking glamorous doll in her white coloured Lehenga Choli. Her pearls set and her kundan mang tika is making her looking just a fabulous groom’s sister. Taking up all the headlines of the news, she is just looking so good in her wardrobe.

The photographs show us how the family is all happy together posing for the memory photograph with the bride and the groom. The photo have the couple sitting for ‘pheras’ and the daughter of the family standing beyond with her father and mother. The bride looks beautiful and it is a made for each other type of pair.

In another photograph, it is seen that the Prime Minister Narendra Modi is also invited to attend the ceremony. It is seen that Modi accepted the invitation and congratulated Shatrughan for his son’s marriage. He is offering him the sweets and both of them are into the moment with Sonakshi standing after her father. 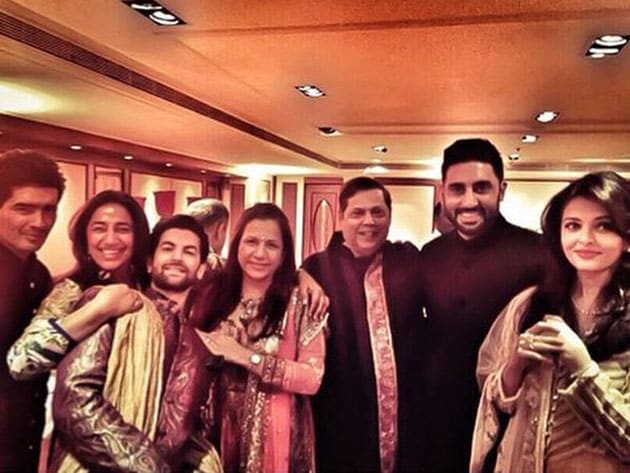 Modi is never selfish and always finds some time for these moments from his busy schedule where he have to take care of the Nation. On the whole, he is good at balancing on things.

And he always accepts all the invitations very sweetly and attend the events too. There is also another picture of them standing at the ‘pheras’ of the bride and the groom. Sonakshi Sinha thanked him on twitter too. This was what she posted on Twitter:

“Thank you @narendramodi sir for keeping your promise to me! You made our day truly even more special :)”

Sonakshi has also posted her photograph with the legends of Bollywood. The picture was sent on instagram by the beauty. These five ladies are looking super se upar in the photograph. Starting from left to right, Hema Malini is standing in her orange saree with her same ada, adding a star to the photograph.

Then is standing Tina Ambani who was an actress and is spouse of Anil Ambani is also looking good. Jaya Bachan looking fabulous in the middle. Sonakshi her her white wardrobe is looking like a princess standing with Poonam Dhillon at the rightmost corner. The ladies are looking so good together i the photograph which is taken during the wedding ceremony. 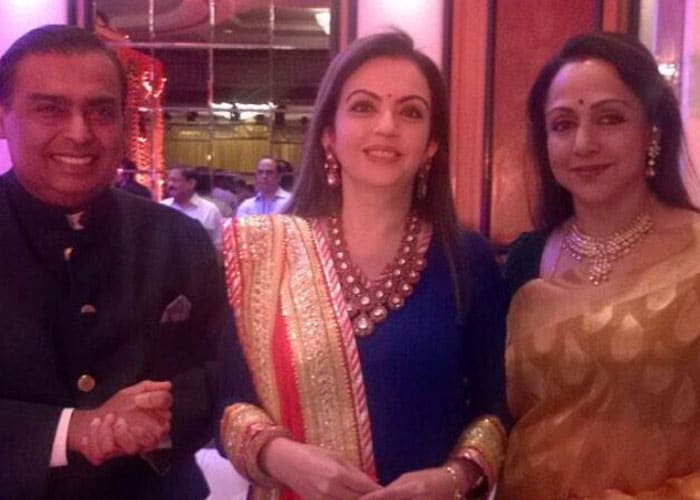 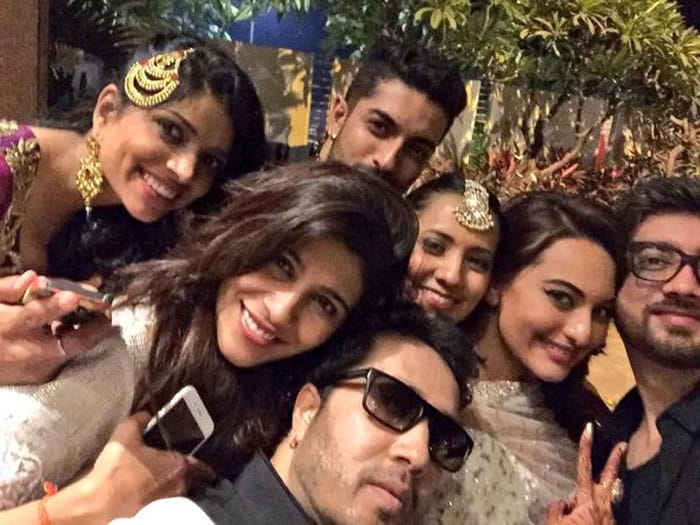 Groom is Kush Sinha who has a twin sibling named Luv Sinha and a sister- Sonakshi Sinha. He is a director and has shown his skills in ‘Dabangg’ and ‘Saawariya’.

Taruna is a London based girl and got engaged to Kush on 18th January. No other information is here with us.

Not only this, it was a star night where all the stars came together to celebrate and party on the wedding. Abhishek Bachchan and Aishwarya Rai Bachchan, looking very good together in their black wardrobe. Also, in the photograph is the famous Director David Dhawan with actor Neil Nitin Mukesh and the famous designer Manish Malhotra. Everyone is looking so happy and seem to be enjoying.

Another of Sona’s photograph, where she is sitting for mehandi ceremony and white and gold leanga choli and posing for the photo with an attractive smile. The actress has shared this picture of hers on instagram. She is looking mindblowing. Have a look. The whole marriage had a number of stars including Amitabh Bachan.

The reception will be tonight and it is also expected to be full of stars. Stay with SHAupdates for more news later in the day.